Tell Us About Your Case >
£100 Fixed Fee First Time Appointments
Available at our office, via video or phone call Message Us Now

The Current UK Courts Backlog and How Cases Are Being Impacted

Thousands of individuals are facing significant waiting times when it comes to having their day in court.

Delays have increased considerably across the UK courts system. From divorce proceedings to land registry, wait times are rising. This has naturally been compounded by the global pandemic, although issues have been present for much longer. Experts estimate that it could take up to three years for the caseload to return to pre-pandemic levels. 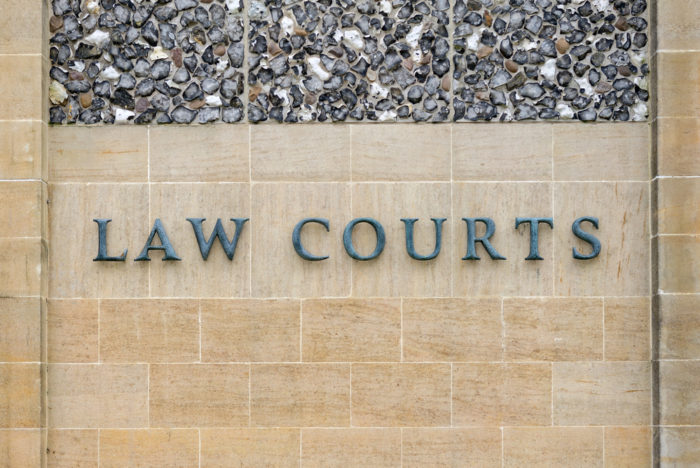 Concerns over the heavy backlog pre-date the pandemic. However, the combination of rising case numbers and lower court capacity due to illness and lockdowns has exacerbated the problem to  levels.

Justice Secretary Dominic Raab has begun talks with senior judiciary around incentivising couples to avoid court proceedings. Many families have been encouraged to try settling any differences outside the courts system to avoid being caught up in the current lengthy backlog.

President of the Law Society, Stephanie Boyce warned that “delays can themselves cause significant harms as well as uncertainty for the parties involved.”

Among the measures recommended are ensuring there is a sufficient number of fee-paid and full-time judges available to deal with caseloads, and using Nightingale courts to maximise capacity, allowing more Covid-safe in-person hearings to take place.

Another area of law impacted by a rising backlog is property law. HM Land Registry has faced significant delays to application processing times, causing issues such as landlords being unable to grant lease or serve notice, developers unable to sell houses and delayed refinancing of mortgages leading to penalty interest rates on overdue loans. A digital registration service was introduced in April in a bid to improve the efficiency of the process. However, delays are still ongoing.

At the end of October, the National Audit Office published a report on the backlog of criminal cases proceeding through the Crown Courts. The report described the Ministry of Justice’s plan to address the backlog as ‘ambitious’, given its reliance on funding and resources that have not been allocated yet. As with the family courts backlog, crown court cases aren’t expected to return to pre-pandemic levels for several years.

According to the report, the courts’ backlog rose by 23 percent in the year before the pandemic, in part due to insufficient number of allocated court sitting days. From the start of the pandemic until June this year, the number of cases received and not yet completed climbed a further 48 percent. Currently, the average crown court waiting time is 230 days.

The NAO described the impact on victims, witnesses and defendants as ‘severe’, with many stakeholders suggesting the vulnerable are most disproportionately affected.

Looking ahead, the latest models by the MoJ suggest that by 2024, the backlog will be somewhere between 17 and 27 percent higher than pre-pandemic levels. Chancellor Rishi Sunak announced in October that £477m of funding would go towards tackling the backlog, bringing the number of cases down from 60,000 to around 53,000. At present, one fifth of all trials have been outstanding for a year or more.

There is still plenty of uncertainty around how this backlog will be handled and when caseloads will start to diminish. With unclear funding and not enough judges to hear outstanding cases, it seems likely that lengthy waits for hearing will be the norm for the foreseeable future.

At Ratcliffes, we are working hard to ensure our clients’ cases are dealt with as efficiently and thoroughly as possible, within the current landscape. If you’d like some honest, jargon-free legal advice, speak to a member of our team today.

This website uses cookies to improve your experience while you navigate through the website. Out of these, the cookies that are categorized as necessary are stored on your browser as they are essential for the working of basic functionalities of the website. We also use third-party cookies that help us analyze and understand how you use this website. These cookies will be stored in your browser only with your consent. You also have the option to opt-out of these cookies. But opting out of some of these cookies may affect your browsing experience.
Necessary Always Enabled
Necessary cookies are absolutely essential for the website to function properly. This category only includes cookies that ensures basic functionalities and security features of the website. These cookies do not store any personal information.
Non-necessary
Any cookies that may not be particularly necessary for the website to function and is used specifically to collect user personal data via analytics, ads, other embedded contents are termed as non-necessary cookies. It is mandatory to procure user consent prior to running these cookies on your website.
SAVE & ACCEPT
Ratcliffes Solicitors